On behalf of Pseudomyxoma Survivor and our commitment to provide advice and promote advocacy, Kirsten and I both attended the latest Cancer 52 members meeting in London in July 2017.

Cancer52 is an alliance of 90 organisations, within the UK, working to address inequality and improve outcomes for patients with highly challenging disease, such as ours. Research showed 52 percent of UK cancer deaths are from the less common cancers — more recent research show that has risen to 54percent. I don’t think Cancer 52 are going to change their name anytime soon to reflect this, though they are looking to become a registered charity later this year.

The meeting was well attended and seeing the lovely Jane Lyons, CEO, again made the long trip really worthwhile for both Kirsten and myself. Hugs aplenty!!

Agenda points were as follows; 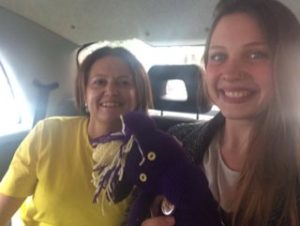 Of course the lovely Audrey, the PMP Unicorn also joined us on our travels; meeting Kirsten and Jane, she couldn’t ask for better company. 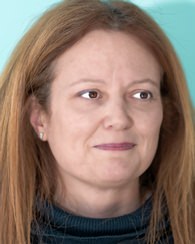 Trustee, Chair of the board of Trustees

Susan was diagnosed with cancer of the appendix in 2003, following a ruptured appendix with bowel resection. Since then she has had five operations, three separate cycles of chemotherapy and some radiotherapy. Realising her own diagnosis and treatments could have followed a better path, she is keen to raise awareness and develop patient protocols. She will be coordinating the buddy system and is a Macmillan Cancer Voice. 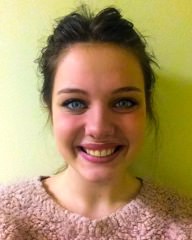 Involved with the charity since the beginning, Kirsten has a passion for the impact of pseudomyxoma peritonei (PMP), and rare disease more generally, on young carers.