I didn’t have endometriosis, I had PMP 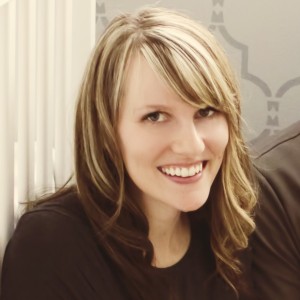 My story began a few months after I got married. My first symptom was the sudden onset of intense pain while I was at work one day. After a few hours, the pain subsided but I decided to make an appointment with my family doctor a few days later. After a check-up and an ultrasound, it was originally thought that I had a ruptured cyst and that I should come back in a few months for follow up. Scans continued to show fluid in my abdomen and the mild pain I had under my rib cage continued to escalate. After numerous tests and almost a year later, I was diagnosed with endometriosis. Since my husband and I were ready to have children we opted to have surgery to clear up the endometriosis and give us a better chance of conceiving. It was during this surgery that it was discovered I did not have endometriosis, but rather, a very rare form of cancer, pseudomyxoma peritonei, a type of appendix cancer.

Luckily, the general surgeon that was called in during my “endometriosis surgery” had studied under one of the leading appendix cancer surgeons in Canada and he knew exactly what I had, and the treatment I would need. At the time, I had no idea how fortunate I was to live 20 minutes away from the most experienced appendix cancer specialist in the country.

At my appointment, the surgical oncologist informed me that treatment would be a very complex surgery and involved the resection of numerous organs followed by a hot chemo wash of my abdomen. The surgery typically involved the removal of both ovaries and the uterus. However, I was blessed with a surgeon that understood how much I wanted children. He quickly referred me to the Calgary Fertility Program to discuss my options before we made treatment decisions.

Receiving such a difficult diagnosis was a lot to take in and I truly did not comprehend at the time how important fertility preservation really was. I remember thinking, “I will just adopt” because it was just too much to take on at the time. However, my specialist encouraged me to at least consult with a fertility specialist, and for that, I am very grateful.

After only a few hours after meeting with the Surgical Oncologist my husband and I were at the fertility clinic discussing our options. We were told that we could harvest embryos but that we would need to start the next day. This was obviously overwhelming but we knew having children was important to us, so we decided to move forward with fertility preservation. We were very fortunate to have family and friends help us with the financial end of the IVF, as it was a sudden and unexpected expense. In the end, we were successful in harvesting 7 embryos that we hoped to implant after my surgery and recovery.

Two weeks after the egg retrieval I was scheduled for my surgery. Since my eggs had been frozen I was much more comfortable with the fact that my ovaries had to be removed. It was discussed between my surgeon and I that he would do everything possible to save my uterus so I would be able to carry a 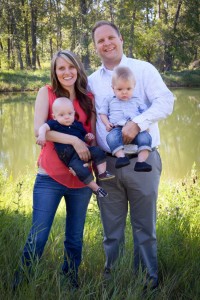 pregnancy. He assured me it was the strongest organ in my body and he would take all the steps he could to remove all the tumours and leave me with a functioning uterus. The surgery was a success and I showed no evidence of disease and he was able to remove the disease from my uterus and leave it. After six months of recovery my husband and I were excited to move forward with building our family and we began with transferring our embryos.

Unfortunately, using our embryos was unsuccessful and so we turned to the use of an egg donor. After several transfers, we became pregnant with our wonderful twin boys. Our family is now complete and we feel beyond blessed to be able to be parents.

I was very fortunate to have a surgeon that took my desire to be a parent seriously when treating me. Freezing our embryos gave me the ability to focus on my cancer treatment and the hope that being a Mom was still a possibility after cancer.