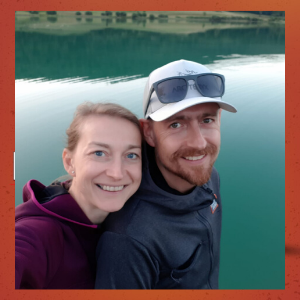 I was a healthy 43 years old going about my business when in August 2014 I was rushed to hospital with a burst appendix. I had been suffering from bowel pain on and off for at least 2 years and assumed I had an irritable bowel so it was a relief to finally have my symptoms diagnosed but as I’m writing to you here you will already know that this wasn’t going to be the end of the story.

In September that year after recovering well from nasty appendicitis, I was told that appendix cancer was detected and I was referred to the excellent team at the North Hampshire Hospital in Basingstoke who gave me the devastating news of my pseudomyxoma peritonei (PMP) diagnosis and explained to me the serious surgery and chemotherapy that I would need to save my life.

As I came to terms with the news, I understood that it would be important for me to get as fit as I could to face such an invasive operation ominously dubbed the “The Mother of all Surgeries”  or MOAS so I began a beginner’s triathlon training programme to help me prepare. In November that year, I went on to have my MOAS and HIPEC and spent nearly 3 weeks in hospital recovering. Leading up to the surgery however I had well and truly caught the triathlon bug and to give me a focus for my recovery I had the crazy idea to sign up for the Ironman Wales Triathlon which consists of a 2.4 mile sea swim, a hilly 112 mile bike ride and an equally hilly marathon. And I only had 10 months to train for it.

To finish that race was a massive achievement and as I reflected on my journey and everything I had been through I decided to begin the process of writing it all down. The book which came from this process, Dead Man to Ironman describes in brutal honesty my journey from diagnosis through to my time in hospital and then onto my training and recovery as I prepared for the Ironman. Triathlon was my truly my salvation throughout that period and I describe in detail what it meant to me to use exercise as a positive force that helped both my mental and physical recovery. There were some tears and laughter along the way and I wrote it in the hope that it may provide some hope and information to other families in a similar position as I had not seen another book like it specifically for PMP survivors.

I’m delighted to say that the book is now available in all good book shops and online. Since my diagnosis I have always supported Pseudomyxoma Survivor who provided me with much needed but scarce information about this rare disease, therefore some of the proceeds from the book will always go to the excellent work of the charity.

More details are available on my website deadmeattoathlete.com and from the publisher Pitch Publishing if you would like to take a look.

I am happy to say I am in my sixth year with no new evidence of disease and fortunate to live in the beautiful French Alps with my wife who works in Switzerland and I hope for many more disease-free years ahead!

I certainly didn't think my diagnosis would be low grade mucinous appendiceal neoplasm. “The radiologist thinks you have a ruptured appendix and we know that can't be right” Dr. Robertson told me looking concerned after the results came back from the CT scan. Dr....

So, this is my Pseudomyxoma story and I didn't think I'd be running after cytoreductive surgery and HIPEC... In 2014 I went to my GP, sick of having horrendous periods. As I had ovarian cysts and had fertility treatment, I was sent for an ultrasound scan... I was told... 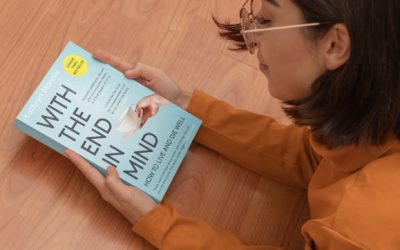 A topic we don’t discuss enough

People often say things are life-changing; this is truly one of the most life-changing books I have ever read.

END_OF_DOCUMENT_TOKEN_TO_BE_REPLACED

I was really positive about my recovery after the major operation for pseudomyxoma peritonei (PMP). I took things really slowly and took good care of myself.

END_OF_DOCUMENT_TOKEN_TO_BE_REPLACED

He’s an only child, so he had a lot of worries and anxieties – but we agreed early on to be truthful and try to face whatever came together. We tried looking for kids books that spoke a bit about the experience, ones we hope also had a hopeful outlook. While we found some great ones about dealing with breast cancer we couldn’t find any that dealt with the experience we were going through.