Even if your case is rare, do not give up… 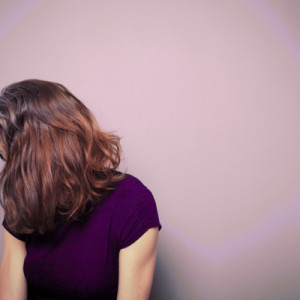 I had noticed that my stomach had become a bit bigger but I just thought that I had put on a bit of weight (although I was still very slim everywhere else). I got occasional sharp pains in my lower right abdomen but I was undergoing investigations for infertility at the time so I just assumed it would turn out to be something to do with that. I also realise now in retrospect that many years before I had had terrible abdominal pains one evening and I had decided that if it was still like that in the morning, I would go to the doctor. It wasn’t and so I didn’t but I wonder now if that might have been when my appendix burst.

After one miscarriage a few years before, I had been having treatment for infertility which included taking clomifene and so I was having regular ultrasound scans to monitor my ovaries to make sure that they weren’t being overstimulated. The nurse kept noticing that I was developing ovarian cysts and that there was a lot of what they thought was fluid collected around my ovaries. It was for this reason that my fertility consultant recommended that I have an exploratory laparoscopy to see if they could find a cause for my infertility. During this surgery, they discovered my abdomen was full of mucin and that this had come from my appendix which had burst.

I was very fortunate as another gynaecologist/oncologist consultant was called during the surgery who then took photographs, removed my appendix and cleared as much of the free-floating mucin as possible. He was aware of pseudomyxoma peritonei (PMP) having seen it once before. He told me of my diagnosis straight away and referred me to one of the specialist centres in England. However, I developed a serious postoperative infection after this surgery and had to be readmitted to hospital and given IV antibiotics for a week until my condition improved.

Because I had been trying to get pregnant when I was diagnosed, I was initially given hope that I might be able to have in vitro fertilisation (IVF) before having any treatment because PMP is such a slow growing form of cancer. However, when I saw my specialist at the PMP unit, he did not recommend this course of action and instead suggested I try and freeze some embryos prior to surgery. Because I had been so unwell after my supposedly straight forward laparoscopy, I wasn’t keen to rush into more major surgery and wanted to take my time to explore things from a fertility perspective.

I sought lots of advice and did lots of research in scientific journals. Despite my scientific background, I found this tricky due to the lack of published cases regarding PMP and infertility. With the support of my original gynaecologist/oncologist, I decided to try and get pregnant through IVF before having surgery.

I then had to try and persuade my entire medical team to support me in this and it was understandably very hard to get them to agree to implant an embryo. Ultimately, this attempt failed but I still had some frozen embryos. I had decided at this point to go through one further round of IVF and then have surgery in the hope that they would be able to save my uterus and that I would be able to try for a baby afterwards.

However, two weeks later I fell miraculously pregnant naturally and we decided that I would proceed with the pregnancy and that I would be monitored closely via ultrasound. The birth of my beautiful son was quickly followed up with a CT scan which showed that the cancer had disappeared. I am monitored regularly by CT or MRI and a couple of years later, had my second child, a beautiful baby daughter.

Both babies were delivered by extra-peritoneal c-section with a view to avoiding the possibility of an emergency c-section and the possibility of breaching the peritoneum and possibly spreading the cancer elsewhere in my body. Eight months after my second c-section, it was found that I had a post-operative hernia and so I returned to the PMP unit for further surgery to repair the hernia. The specialist team there who were able to repair the hernia whilst taking into account that it may need to be removed if I were to need further surgery for PMP.

It was very hard to discover that I had cancer at such a young age and when I was very focussed on trying to get pregnant. I took the time to analyse what I wanted and what my options might be in the future (which appear to be very limited). I realised that I was prepared to take the calculated risk of trying to have a baby first and then have surgery later. It was, as you can imagine, extremely difficult coming to this decision and so far, I haven’t needed surgery.

My recovery from my hernia repair surgery was been extremely slow and difficult. This has been especially as I had two small children whom I could not lift for three months and also had to return to work following maternity leave. I am now feeling much better and am looking forward to the future which I hope will not include any further surgery. I am keeping my fingers crossed.

My top tips are: