I had flu-like symptoms and was diagnosed with PMP

Initially, I had flu-like symptoms with pain in all the joints in my body followed by bad abdominal pain that did not go away. I was admitted to Gosford Hospital on February 11th, 2014 as they couldn’t diagnose what was causing the severe discomfort I was having. After being in hospital for eight days, it was discovered that I had pseudomyxoma peritonei (PMP). 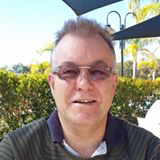 I was very fortunate that Dr Caska (the surgeon attending to me in Gosford Hospital) had seen my symptoms about 20 years earlier and instantly made arrangements for me to see a renowned surgeon in this field, Professor David Morris who operates out of St George Hospital in Sydney. Once overcoming the initial realisation of what I had, I then became focused on what needed to be done to get myself well. I was due to have PMP surgery on the March 18th but due to severe pain I had emergency surgery on Friday March 14th and again on Saturday March 15th, 2014.   The surgery involved a laparotomy of gross intraperitoneal sepsis, extensive debulking of tumours, appendectomy and extensive division of adhesions. I was in a coma for four days and spent a further three days in ICU.  On April 1st, I was finally discharged from St George Hospital.  I was then re-admitted into hospital again on April 5th with a small bowel obstruction and discharged on Friday, April 11th 2014. After recovering for three months, I then had the planned PMP surgery at St George Hospital on July 3rd. The extensive surgery involved a laparotomy, peritonectomy, bilateral diaphragm strip, right hemicolectomy, intra-operative ultrasound, cholecystectomy, splenectomy, division of adhesions, small bowel resection, Heated Intraperitoneal Chemotherapy (HIPEC) and the insertion of bilateral chest drains. This time, I was in ICU for less than four days and then was discharged on July 31st. My health is fine apart from having to have a three monthly check-up due to the thickening of the bowel that showed up on the CT scans in early 2017. Fortunately my tumour marker blood tests are clear. After the last check-up in May 2017, I am now back to a six monthly check-up cycle. I was lucky to have the support of my wife as well as family and friends. Once you are diagnosed with PMP, it is important to be referred to the right specialist to handle your condition and to be positive. In my case, I know I was in the best of hands to deal with my PMP, even post-surgery. My advice to anyone going through such extensive surgery and to assist with your recovery is to make sure you follow the recommended directions from medical staff post-surgery. 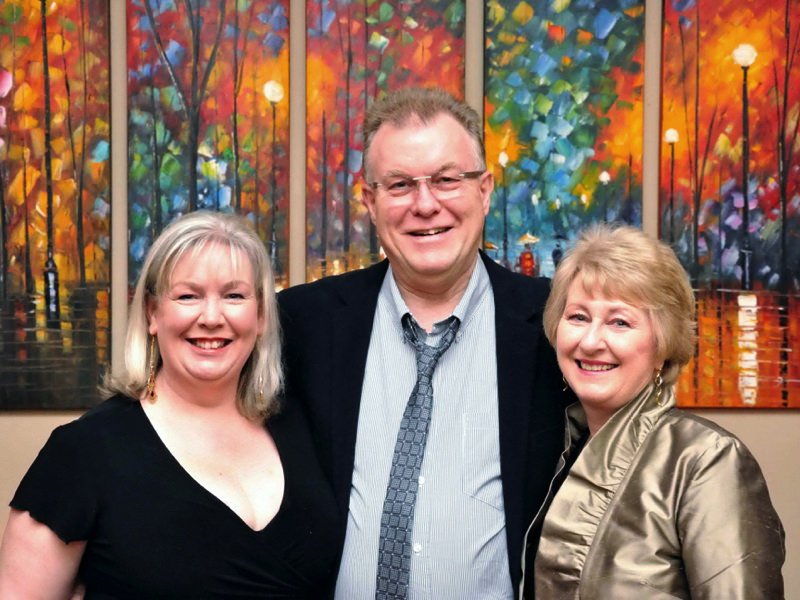 John with his wife (shown right) and a family friend (shown left).