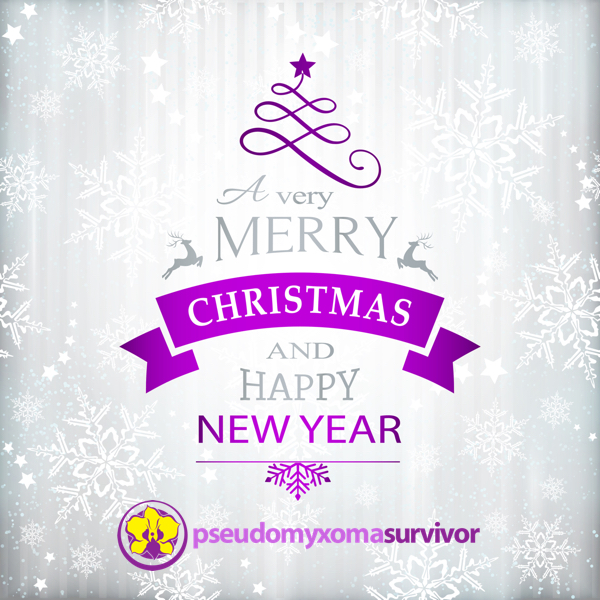 It’s been a very long year for the team at Pseudomyxoma Survivor Towers. We’ve seen lots of new members join the support groups and we’ve lost some very special members too. The same applies to our team, we’ve extended the board of trustees (watch out for our newsletter to introduce you to Salena, our newest trustee), experienced the sad loss of our founder and gained some valued volunteers as well. We’ve had ill health to battle and personal issues to deal with along with the usual anxiety experienced with blood tests and scans.

There’s been so much going on that we’ve made the decision to have a break over Christmas from Friday 16th December into the New Year. We’ll still be around but we won’t commit to answering emails, posting stories and sending out orders in the same timescales that we usually would. There’ll still be articles to read on Facebook and lots going on in the support groups.

Rest assured that if you do order from the shop or email us, your order will be sent and your email will be answered… in time. A massive thank you to all of our volunteers, group members, fundraisers and donors who have contributed to making 2016 a very special year for us. Pseudomyxoma Survivor really isn’t anything without you all. We are very much looking forward to 2017, kicking off with Amanda’s Ceilidh in January, hope to see you there!