Shining a Light on our Volunteers – Lucie 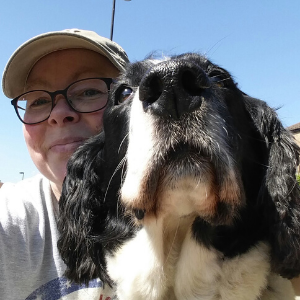 I’m tremendously grateful that my first experience of the charity and online community of Pseudomyxoma Survivor was with a most wonderful volunteer. It was nine months following a pseudomyxoma peritonei (PMP) diagnosis and six months following surgery. In those months, head down, I’d pushed through the definition of a life crisis and then the overwhelming physical treatment (my cancer, my burden, my way!). I returned to work, to the career I felt born into and a family of colleagues who had been my reason for fighting to get back on my feet.

Except the landscape had changed like I was wearing a different pair of glasses. “No man is an island”¹ but I felt like I was on one alone. Emotional breakdown looming, I filled in an application to join the closed and hidden Facebook group for Pseudomyxoma Survivor around 7:30 one night. It appealed to me because none of your Facebook Friends can even see you’re in the group. Within three hours, Amanda, as a group volunteer, had emailed a reply, processed my application and welcomed me online. Her prompt action meant I’d found a safe shore. I had found my new tribe. So when a colleague pulled me aside and quietly asked a few months later, “But how did you get through it?” meaning the whole cancer experience, I was able to tell him immediately in hushed tones about this secret support group.

A few more months went by. Having picked up the gist of a lot of the ‘routine’ questions and understanding that unusual issues are something all survivors deal with, I felt a little odd ‘hanging around’ the group still. Most people feel better then leave, I guess. However, I’d embraced PMP as part of my journey and as part of my identity. Still a fiercely private and independent character, I yet felt honoured when the Trustees offered me a voluntary role in Admin/Moderator Support. At their AGM, they’d commented I’d continued to be a presence in the group. Angela and Susan had met me at a patient and caregiver Wellbeing event in Basingstoke and thought I seemed a smiley person!

I’ve taken gradual steps within the volunteer role. The technical aspect is a constant learning curve though it’s good to be mentally stretched. I’ve certainly gained an enormous amount of respect for the amount of work that goes on behind the scenes. This year, I’m proud to say I’ve processed several applications to join the secret Pseudomyxoma Survivor Facebook group. In that first reply to applicants, I strive to give the same sense of relief which Amanda gave me back in June 2017. Angela is always on hand if I have questions large or small and I often bounce ideas off the wider Admin/Moderator Support group.

Sometimes it’s felt like I’m swimming against a tide of my own anxiety but there is always extra support. Becoming closer to fellow volunteers in the Admin/Moderator Support group, they’ve got to know me on a personal level. There have been many occasions when they’ve offered aid even before I realised I needed it. The Facebook group is a very supportive environment and the Admin/Moderator Support is another layer, also a very special supportive environment. Because the other volunteers are sensitive to my needs, it reinforces how much I need to be sensitive to other member’s needs.

It’s been clear that my role is appreciated and this bolsters my confidence and gives me satisfaction. I’m achieving something here. I matter. I am making a difference. Feeling a useful part of the volunteer team perhaps pays back some of the support I’ve received. I see being a volunteer like being an ambassador for Pseudomyxoma Survivor and accordingly, try to be the best version of myself. Mostly being a volunteer inspires me by being closer to people who are managing all sorts of challenging situations. Angela has done great work just recently, for example, by setting up a weekly “Meet and Chatter” in a Group room. It’s timed on a Thursday evening, after the Clap for Carers so it leads on from one routine event straight into another. Here is a new avenue to further give and receive support as we interact with group members face to face in real-time. Friendships grow, the circle expands and life stories become ever more colourful — all under the stress of most of the members shielding.

For individuals, I witness our community being a positive force. On a wider scale, trustees Angela and Susan do a lot of work with other charities to promote our ‘rare cancer patient voices.’ It’s a privilege to have a virtual front-row seat to the important work that goes on in Europe, in conferences (pre-Covid19), participating in worldwide surveys and hearing about international medical trials, to name a few.

I’d like to think, as a volunteer dealing with the membership requests, I’m the boots on the ground allowing a little extra time for Angela, Susan and the other trustees to concentrate on maintaining the charity as a global presence. Hopefully, this global presence means we stay relevant, continuing to bring awareness to PMP, appendix cancer and other peritoneal surface malignancies. Hopefully, we’ll all have a virtual front-row seat as progress is made with diagnosis and treatments.

You might be able to tell, I’m not quiet about Pseudomyxoma Survivor anymore!

¹JOHN DONNE No Man is an Island, MEDITATION XVII, Devotions upon Emergent Occasions, 1624 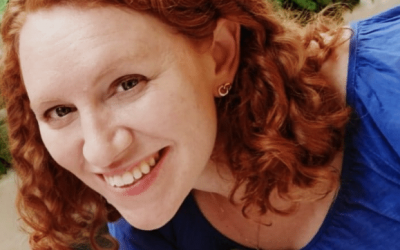 I was more than happy to become a volunteer admin, remembering how important I found the reassurance of the woman I spoke to before my surgery and the help and support I received from the group after it. 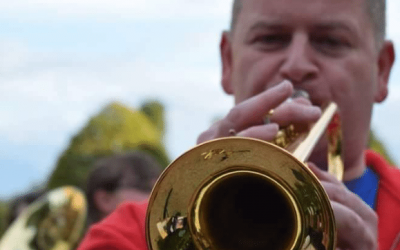 Shining a light on our volunteers – Glenn

To be able to chat with others and offer just a tiny virtual hug or an emoji smile can make all the difference. It did for me at a very scary time. 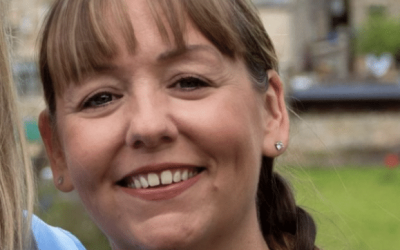 Shining a light on our volunteers – Georgina

I’m keen to show my children that volunteering your time and energy is important and that despite my medical retirement I’m not giving up on my values.