Too young for cancer

“You’re too young for cancer”

That was what multiple doctors told me for at least three months before I finally had a biopsy confirm the diagnosis that I had cancer, adenocarcinoma appendix cancer.

It’s tough being only 20 years old and a cancer patient at that. Mainly because no one expects or even wants to believe you could even end up developing cancer, and the worst culprits are medical professionals. True the odds are so low it’s a waste of time to even bother, but that ‘waste of time’ could have cost me my life!

It finally took fainting from blood loss due to bloody diarrhoea, my main symptom of cancer, that the doctors finally admitted that there is a problem. Before cancer, you could probably describe me as the poster boy of youth. I am a health conscious person who exercised regularly and ate healthy so no one could ever believe cancer could be a possibility for me.

After months of distress due to misdiagnosis, I was finally able to get a colonoscopy (which the colorectal doctor did not want to perform due to my age) and a biopsy was taken of a mass that turned out to be cancerous. A few days after the results were out and I was immediately misdiagnosed as having colon cancer, it was still small in size so a surgery was done as soon as possible.

I couldn’t believe my luck, unlucky to have cancer in the first place but lucky it was still so small, or so we all thought. An emergency hemicolectomy surgery was performed just two days after, the doctors not wanting to take any risk with my case especially due to the three-month delay. Out came my colon and with it my appendix too then I was referred to a cancer centre to follow up with my case. What was soon to come would shock everyone. 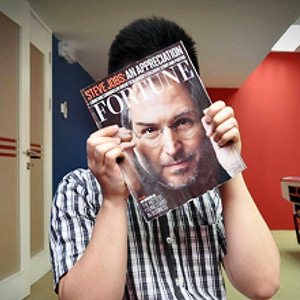 At the cancer centre, I was told I would need to do chemotherapy, something my surgical team told me I would not need to do. It turned out that my cancer was not colon cancer but actually Adenocarcinoma Appendix Cancer, an extremely rare form of cancer, that in the US less than a 1,000 people are diagnosed a year. I turned out to be the first person in my country to be diagnosed with this cancer and I have no access to a specialist for this cancer in my region, Southeast Asia.

My oncologist assured me that the tumour had been removed; stage 2B with no lymph nodes affected and the chemotherapy was to be done as a backup to kill any leftover cancer cells. HIPEC is the special treatment for people with my cancer but due to my location, it would not be available to me and generally speaking not all people are suited to do HIPEC such as my case where the tumour is still localized. I am now 5 months through my chemotherapy and doing my last round very soon. Chemotherapy had been reasonably hard but compared to some others I had it easy.

I learned so much about myself during this journey and it was chemotherapy that brought out a lot of my true emotions and gave me the time for self-realization. Had I not done chemo, I would have done what I always did, let my work occupy my mind and not think about my problems. But having these 5 months to do nothing but think made me realize how grateful I am to be alive, cliché as it might seem but I do now stop to smell the flowers.

I also decided to set up a small support group for young adult cancer patients at my cancer centre to bring and encourage support for patients who just need someone who understands them age wise. We currently have 5 members and will be expecting more as time goes on. I hope that the experiences that those of us have had will help new patients because the most important thing I learned about cancer is to never be afraid. We all die one day but no matter what we will always be loved by someone cause we are never alone.

I have a blog https://thebucketliststory.wordpress.com/ that documented my journey through chemo and my journey after chemo. This is my experience as a cancer patient of a rare appendix cancer at the age of 20. 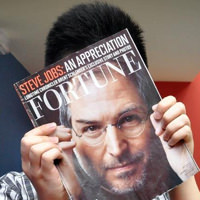 SLee13 is from the Southeast Asia and was diagnosed with appendiceal adenocarcinoma at the age of 20. Follow his story at https://thebucketliststory.wordpress.com/