My treatment was largely uneventful…

We have been having a discussion within our support group about the fact that the internet will focus on the more ‘sensational’ rather than the more ‘mundane’ (for want of better words as mundane certainly isn’t a word we would generally apply to the treatment of any of pseudomyxoma patient). So we asked for some of the support group members to share their stories just to show that there isn’t always complications and sometimes things just turn out well. 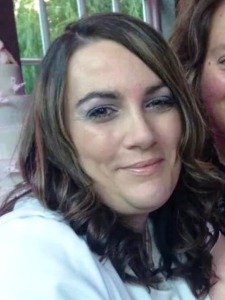 Mel tells us her story:

I was discharged from the Basingstoke and North Hampshire Hospital just 13 days after surgery for pseudomyxoma peritonei. I did spend a few days in my local hospital two weeks later due to blood clots on my lungs but five months down the line I have not looked back. I would make the same decision to have the operation even after having it and knowing what I do now. I now have no evidence of disease (NED) and am back to normal.

I had CRS/HIPEC on October 2009 following my diagnosis with pseudomyxoma peritonei (PMP). I spent three days in ICU, due mostly to a previously unknown allergy to morphine. I spent 11 days as an inpatient, recovering from mostly said allergic reaction and getting my system running after said issues. I was up walking a lot on day four. The naso-gastric tube was a pain, but I was back eating without any more issues than I had pre-op at 11 days. I returned to work with just as active a life at three months and surely figure I wouldn’t be here today without it. I have been able to care for and sadly see my parents pass as well as see my sweet daughter start junior high, aside from a few more gray hairs, splotchy complexion and the menopause.

So you see, it isn’t all doom and gloom. There are people who have been treated relatively uneventfully and are here to tell the tale. There will be more of these stories to come. You can also read more on our Survivors’ Stories page.