Pressurized intraperitoneal aerosol chemotherapy (PIPAC): a novel treatment for patients with PMP in whom extensive surgery is not possible

In patients diagnosed with pseudomyxoma peritonei (PMP), extensive surgical removal of all visible disease (‘debulking’) combined with instillation of heated chemotherapy in the peritoneal cavity (HIPEC) offers the best chance of cure. However, in some patients, surgery is not possible because the disease is too widespread, or because it affects vital structures such as the small bowel surface or large blood vessels. Systemic chemotherapy (intravenous or oral) is an option for these patients, but the results are often disappointing and resistance to therapy often develops.

First, it can be performed laparoscopically, and is thus minimally invasive allowing to repeat the procedure every 6-8 weeks. Second, PIPAC allows accurate staging of the disease and facilitates taking biopsies (tissue samples). Third, the increased intraperitoneal pressure during laparoscopy was shown to enhance the penetration of chemotherapy in tumor tissue.

Since it first use in 2013, PIPAC has been performed in thousands of patients, and the procedure appears safe and effective. Some patients experience abdominal pain due to irritation of the peritoneal cavity, and in others a laparoscopy is not possible due to adhesions caused by previous surgeries. It is important to mention that PIPAC is not intended, or able, to replace debulking surgery with or without HIPEC. Rather, it is intended to prolong survival in patients with widespread PMP which is not amenable to surgery. In rare cases, repeated PIPAC treatments may cause significant tumor response, such that at a certain point, extensive surgery does become possible.

In conclusion, PIPAC appears a promising additional treatment option in patients with advanced or recurrent PMP. However, until the results of ongoing clinical trials become available, it should be regarded as investigational, and ideally should only be performed in the setting of a clinical trial. 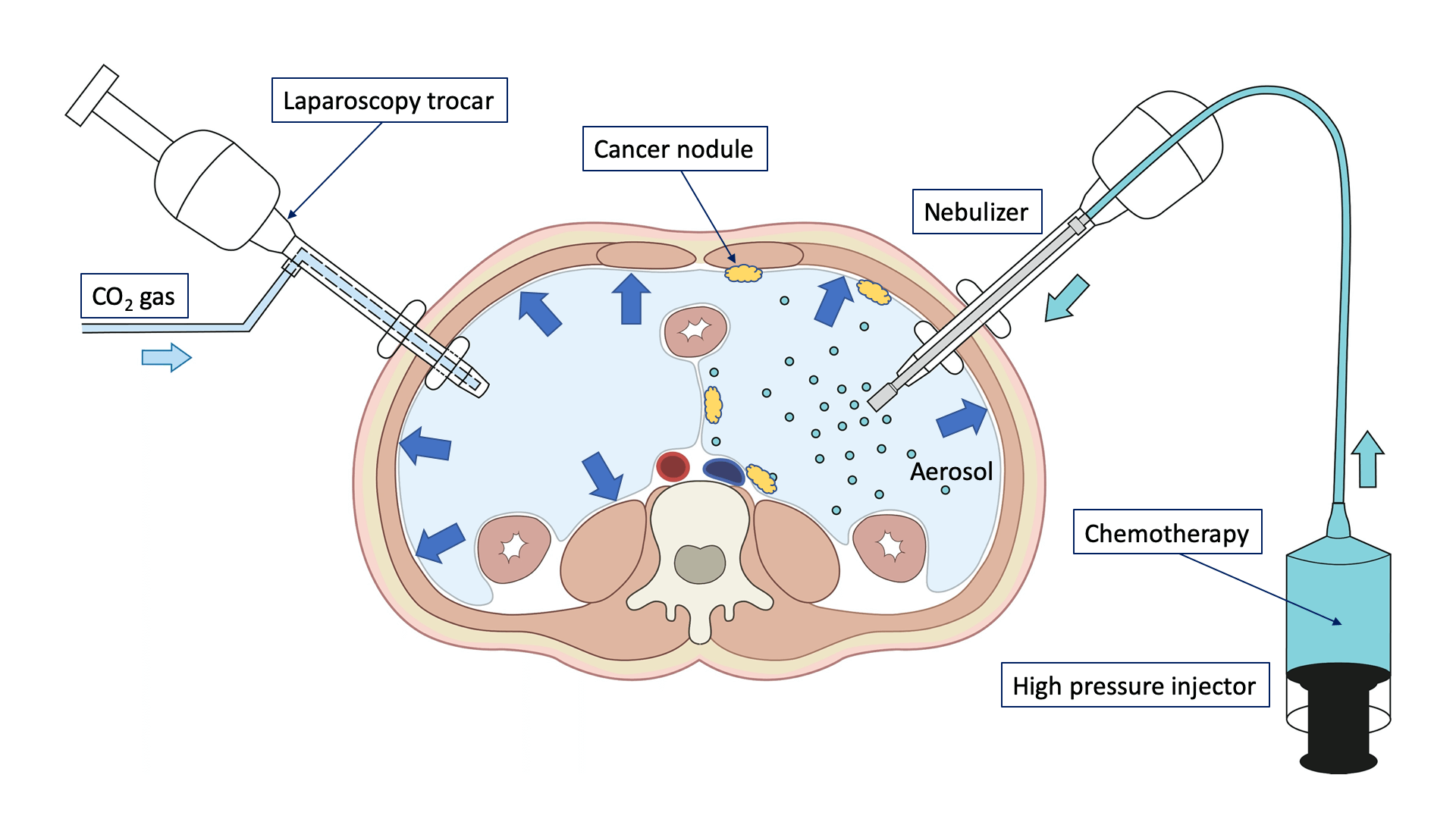