The top of the paper read “Carcinoma of the Appendix”

I would never have thought that my “summer flu” symptoms would lead to a diagnosis of carcinoma of the appendix. 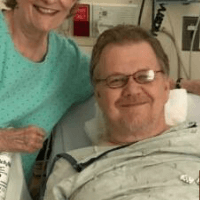 Late July in 2017, I was spreading mulch around the house with my Dad and my son. Good old Dad manned the gravel rake while Danny was busy cutting open the mulch bags that laid in the wheelbarrow. Leaning on my leaf rake, I rubbed my stomach and said, “Dad, how does your stomach feel?”

At 59 years old, I was asking my dad for advice about stomach aches. Maybe that was my first clue that something was REALLY wrong. We had the pesky “summer flu” too, but while the rest of the family got over it, mine was hanging on. In fact, it seemed to be getting worse. I didn’t know if it was my beer belly or the strange, gnawing pain that made it impossible for me to bend to pick the weeds. I thought about how I woke up this morning, sweaty and sick feeling, and hoping it would pass soon. I was sick of being sick. I went inside to drink some more water.

After supper, I felt worse and I went to the hospital. As I lay waiting for the doctor, I pushed on my belly – no pain. Then I released, oh did it hurt! Bad sign. “No, not appendicitis.” I said to myself. An hour later, as promised, the doctor came in with the cat scan verdict, “A burst appendix”.

I dreaded the long ride to the big city hospital but they were already busy here in my small local hospital. Soon I found myself in a gown and hat with heated blankets on me in the pre-op area. In the dim light, I could see the surgeon busy at the desk. He came to introduce himself with a big smile and handshake. I liked the feel of his hand, strong yet smooth and confident – like a good surgeon’s hand should be.

“Appendix cancer? Who’s ever heard of that”, I thought. After explaining I’d need a right hemicolectomy to remove the carcinoma of the appendix, he set me up to see an oncologist. My oncologist, who has been in practice for several years, said he’d only seen one other case like mine. I asked him about the CRS/HIPEC procedure I’d read about. I opted for one of the two places in my state who perform the procedure. After many appointments and tests over a one month period, I had my CRS/HIPEC operation. I only spent a week in the hospital but had to return shortly after to be treated for a blood clot and fluid around my pancreas. Those problems subsided. A few weeks later, I saw one of the oncologists who had treated people like me, he said it would be detrimental to my health to administer chemotherapy since I had no signs of cancer.

After the hospital stay and the at-home recovery period, I’ve learned to really appreciate the little things in life, like eating a meal, rolling over in bed, and just going for a walk. My immediate family, my wife and adult son were very supportive. The staff at the cancer centre called every day when I got home. My friends were curious about my ordeal and let me ramble on.

I was surprised at how helpless and weak I was after the operation. But I was really surprised that I didn’t experience pain after the surgery. I was on pain medicine of course during my week in the hospital, but after that, I never even had the need for one acetaminophen¹. I was surprised at after-effects of surgery and anaesthesia during the weeks and months that followed, maybe you could call it confusion, plus minor memory problems, and strangely I couldn’t walk backwards for weeks no matter how hard I tried.

Over the weeks of my recovery, I learned some interesting easy-to-digest recipes and visited friends. I used a cane for a couple of months as my legs seemed weak sometimes and I could get knocked off balance easily. In general, I just took it easy.

My experience with appendix cancer has taught me three things:

I was scared, of course, upon my diagnosis. But even talking with my doctors locally I realized this is rare and it would be best to save the probing questions for the surgeon who specialized in my disease. I did, and he (and his staff) had instant answers concerning my past, present, and future. I’ve also learned it’s important for others to simply observe someone like me get better after the surgery, I suppose it makes them less fearful.

Humour is a huge factor. My doctors, family, and friends all had a sense of humour. That’s important because when everything has been taken away from you (appetite, strength, independence etc.), it’s good to have a laugh and feel normal.

I’ve had two checkups since and both were good. On my last checkup, the doctor said, “See you in a year.” I’ll take that.

¹acetaminophen – also known as paracetamol or by brand names such as Tylenol.

Thanks to Terry for sharing in his own words his appendix cancer survivor story with us. 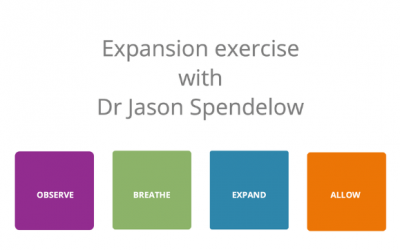 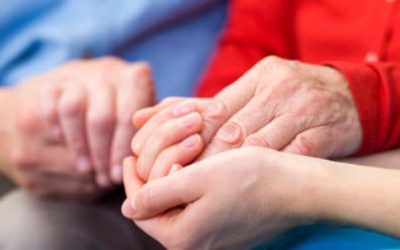 What things do you wish you were told when you were diagnosed? 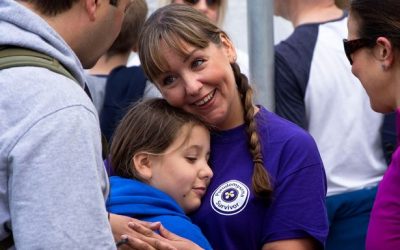