Don’t give up hope!

On February 2nd, 2011, my appendix burst and I had an operation in Burton-on-Trent. I was 36. On March 7th, I received a letter from the hospital saying I’d missed a follow-up appointment for a suspected case of PMP. I hadn’t received the original letter and just what was PMP? I  looked it up on the internet and went to the Macmillan website.

I was absolutely horrified by what I read there and arranged an appointment at Burton to discuss my treatment options. I chose to go to the Christie in Manchester for treatment as it’s closer to Burton than Basingstoke. Scans, colonoscopies and blood tests ensued and on July 4th, 2011, I had full cytoreductive surgery with HIPEC at the Christie. I was the first patient in on of their new operating theatres and appeared in the local paper! My surgeon was Mr Wilson.

I awoke to find I had an ileostomy (albeit temporary), major depression, chest infection and an e-coli infection. I spent three weeks in hospital and received amazing care in the Christie. My rehabilitation was slow — it took me a long time to get used to stoma bag.

In January 2012, I had my stoma reversed. In the following November, I had an umbilical hernia operation at the Christie which unfortunately was unsuccessful. It had been keyhole surgery but the hernia was huge. In July 2013, whilst on holiday in Cancun, Mexico, my bowel became trapped in the hernia repair mesh. I had necrosis of the bowel and had to have 2m of bowel removed and an air ambulance home!

In October 2014, my amazing partner, Laura, found out she was pregnant. In May 2015, my hernia was successfully repaired and on July 18th, just over four years after my operation, our beautiful daughter Isla was born. Don’t give up hope! 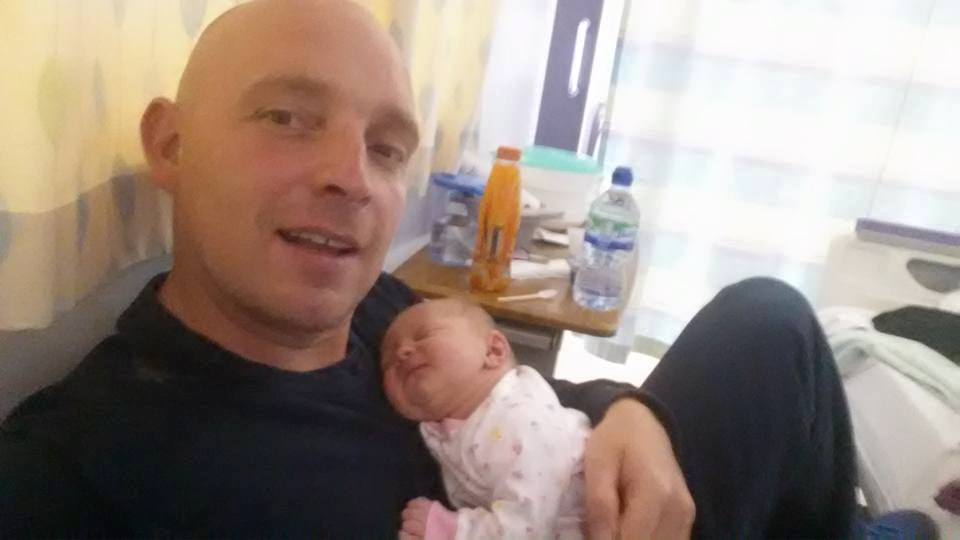